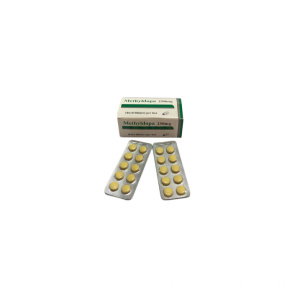 Occasionally, fever has occurred within the first three weeks of therapy, sometimes associated with eosinophilia or abnormalities in liver function tests. Jaundice, with or without fever, also may occur. Its onset is usually within the first two or three months of therapy. In some patients the findings are consistent with those of cholestasis. Rare cases of fatal hepatic necrosis have been reported. Liver biopsy, performed in several patients with liver dysfunction, showed a microscopic focal necrosis compatible with drug hypersensitivity. Liver function tests and a total and differential white blood cell count are advisable before therapy and at intervals during the first six weeks to twelve weeks of therapy, or whenever an unexplained fever occurs. Should fever, abnormality in liver function, or jaundice occur, therapy should be withdrawn. If related to methyldopa, the temperature and abnormalities in liver function will then return to normal. Methyldopa should not be used again in these patients. Methyldopa should be used with caution in patients with a history of previous liver disease or dysfunction.

The development of a positive direct Coombs' test occurs in 10-20% of patients and is dose related, the lowest incidence occurring in patients receiving 1g or less of methyldopa daily. It rarely develops in the first six months of treatment and if not encountered within twelve months is unlikely to occur. The test becomes negative usually within weeks or months of cessation of methyldopa.

Acquired haemolytic anaemia has occurred rarely. Should symptoms suggest anaemia, haemoglobin and/or haematocrit determinations should be made. If anaemia is confirmed, tests should be made for haemolysis; if present therapy should be discontinued. Stopping therapy with or without giving corticosteroid has usually brought prompt remission, however, rarely deaths have occurred.

Reversible leucopenia with primary effect on granulocytes has been reported rarely, but the granulocyte count has reverted back to normal on discontinuing therapy. Reversible thrombocytopenia has occurred rarely.

Dialysis removes methyldopa, therefore, hypertension may recur after this procedure.

Rarely, involuntary choreoathetotic movements have been observed during therapy with methyldopa in patients with severe bilateral cerebrovascular disease. Should these movements occur, therapy should be discontinued.

Methyldopa should be used with extreme caution in patients, or in near relatives of patients, with hepatic porphyria.

Looking for ideal Methyldopa Tablet 250mg Manufacturer & supplier ? We have a wide selection at great prices to help you get creative. All the Methyldopa 250mg Tablet are quality guaranteed. We are China Origin Factory of Methyldopa 250 Mg Price. If you have any question, please feel free to contact us.